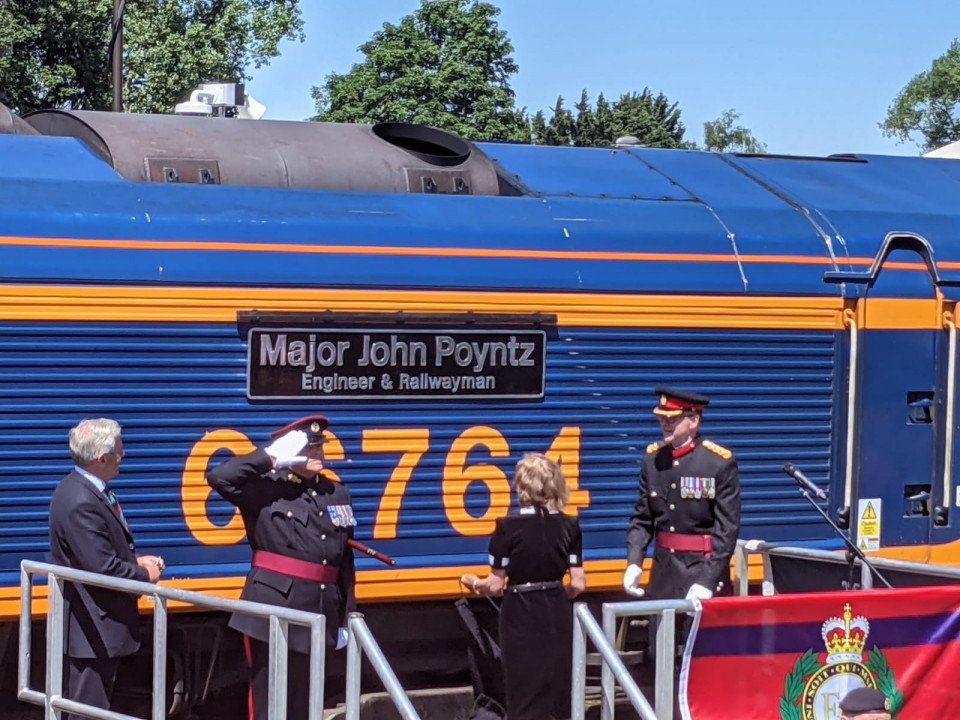 Three members of the Railway attended the naming of this locomotive yesterday in memory of Major John Poyntz. The Major or John as he liked to be called was pivotal in reopening of the Cauldon Lowe Branch back in 2010.

His knowledge, attention to detail and steadfast note taking was without doubt one of the main reasons we opened the branch in record breaking time. John would travel up from London every other week, depending on where the project had got to, and he would methodically go through all the notes from his previous visit, whilst as the same time producing another set of notes from his current visit.

When meeting team members away from the railway his sharp memory for detail, would become apparent, when he would recall exactly where he had met the individual along with detail of what they were doing that day when they met or how good or bad the Staffordshire weather had been that day.

John was never seen without his notebook, from asking for the odometer reading when he got in your car, to noting odd and intriguing number plates during the journey – this absolute attention to detail was evident in everything he did for the Railway.

Reopening The Railway To 2021
Staffordshire Railway's New Timetable De...
Back to all news items