We will cease our regular public and private schedule until Saturday 30th November 2019 whilst work is undertaken to repair track damaged by the weekend’s torrential rain. A breach of the Caldon Canal close to bridge number 39 south of Consall station caused flooding to areas of the railway track on Saturday 26th October. The railway’s planned Super Power Saturday event was immediately cancelled.

The Met Office informed us that on Saturday 26th at 16:00hrs the rain gauge at Thorncliffe, approximately eight miles from Consall, reported 61.4mm of rain had fallen in the last 30 hours. The average monthly rainfall for Staffordshire is 82mm.

Members of the Permanent Way Institute (PWI), who recently assisted with laying the first 201m of the ‘Reconnect Leek’ track attended on Saturday to help assess the extent of the damage.

This morning Churnet Valley Railway officials met with all interested parties to discuss how best to tackle the problems caused by the breach of the canal south of Consall Station. The breach has affected approximately 100 feet of railway line, which in some places has been left suspended in mid-air.

Similar incidents at other heritage railways has resulted in an amendment to insurance cover across the industry, resulting in the removal of financial protection for such ‘wet perils’.

Repairs are due to be underway in the next week and it is estimated the work will be completed in approximately seven days.

The railway will reopen for service on Saturday  30th November, the start of the annual Santa and Steam event. 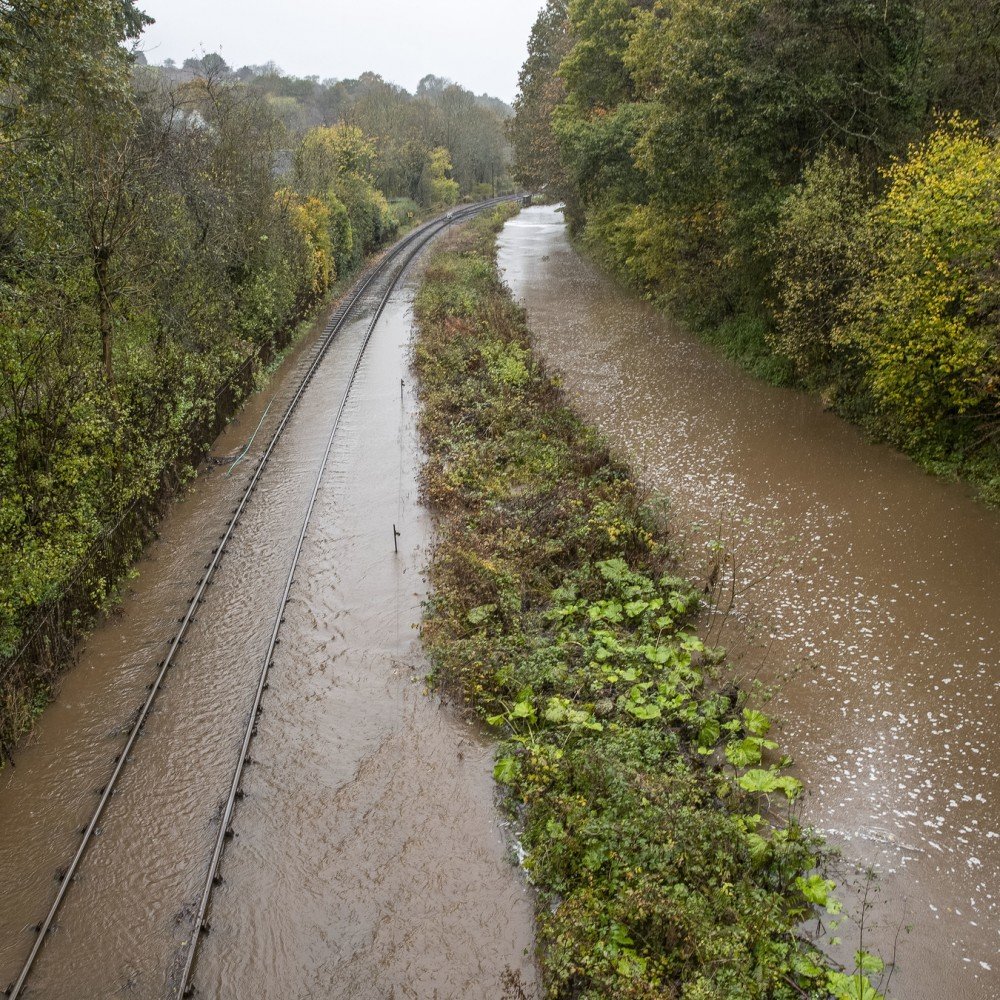 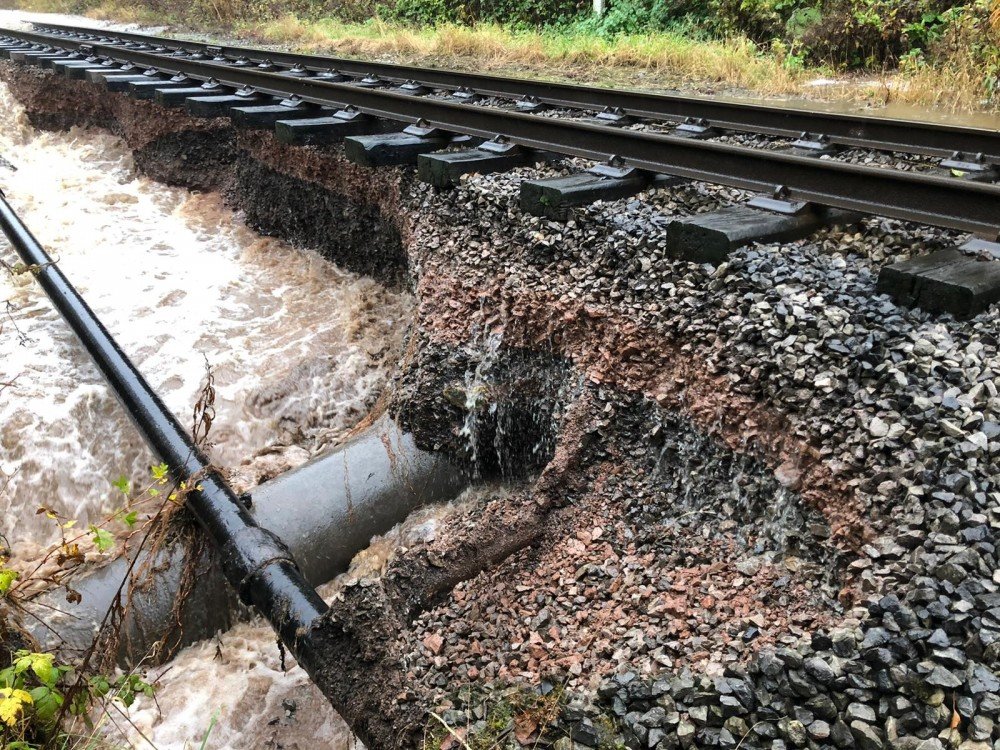 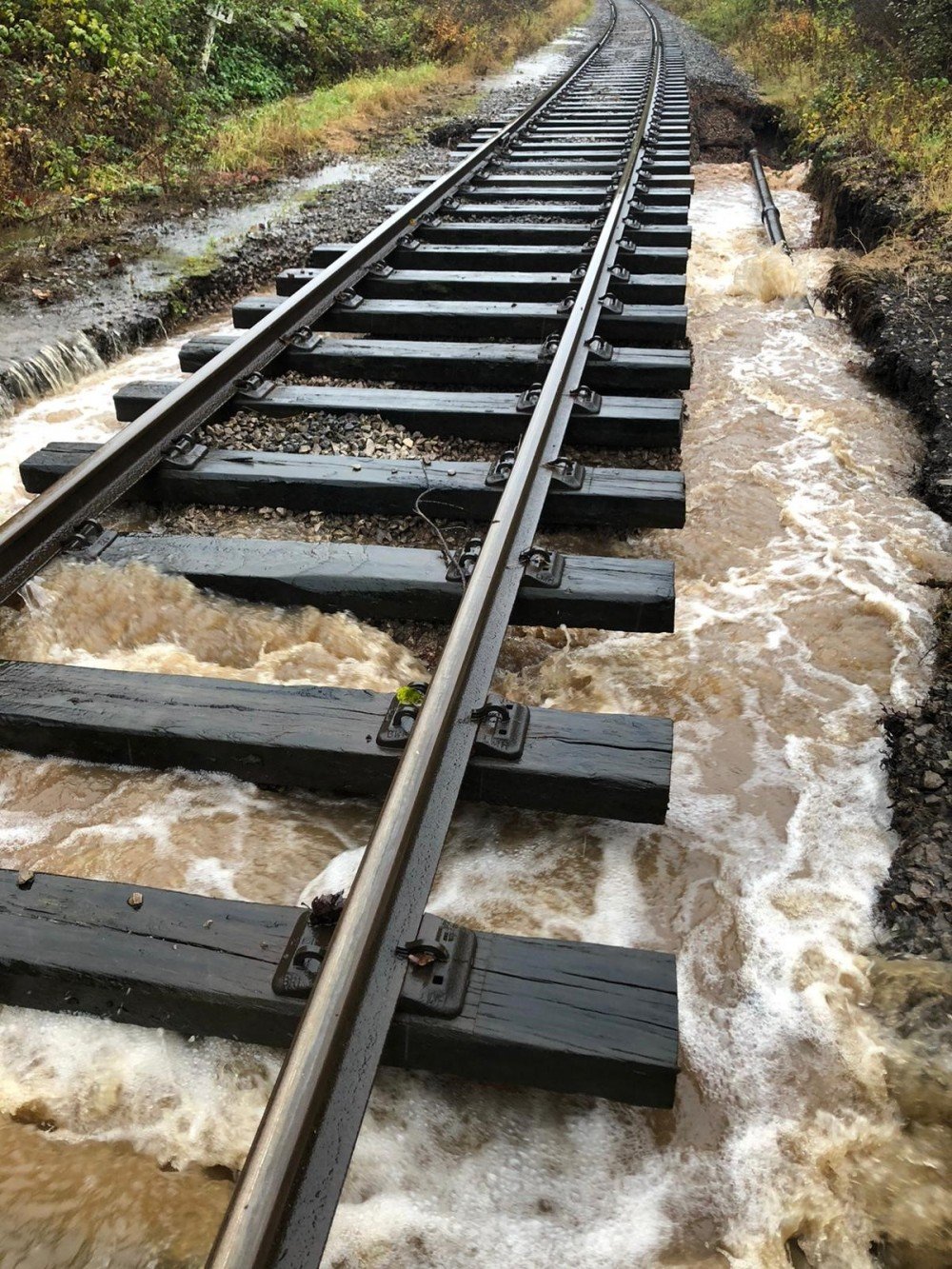 Omaha The Rainbow, Just In Time For Chri...
Exciting Times Ahead
Back to all news items