TKh 2944 was built in 1952, and was supplied to ZakÅ‚ady Metalurgiczne in Myszkowie arriving on 19th May 1952. She was to be later transferred to Huta Malapanew in Southern Poland, where she worked around the Iron and Steel Works internal network of rail lines. It was privately purchased from Huta Malapanew in July 1997 and subsequently moved to the Spa Valley Railway. Following an overhaul the locomotive was given the name “Hotspur”, and then operated on the line for a short period of 3 months before being withdrawn from traffic for further repairs. These never materialised due to other priorities within the Spa’s MPD at the time, and so the locomotive was put into storage.

2944 was put up for sale (along with its sister loco 2871) in 2011, and following a lengthy period with no suitable offers an article appeared in a copy of Steam Railway magazine saying that the locomotives would be sent for scrap if no buyer was found. A group of Churnet Valley Railway volunteers stepped in to purchase the locomotives, with the view of restoring and operating them at the CVR. 2944 arrived in May 2013 and the overhaul commenced in August of the same year. After a total of 9 months, the overhaul was completed and the locomotive entered traffic during the Churnet Valley Railways “Anything Goes” weekend on the 21st June 2014.

Since re-entering traffic during the Anything Goes Gala 2014 2944 has become a stalwart of services on the CVR and will often be found at the head of the CVR services. During this period 2944 has covered approximately 30,000 miles – not bad for a shunting engine restricted to a 5.5 mile branchline!

No. 6046 was built as works no.70280 by the Baldwin Locomotive Company in Philadelphia, Pennsylvania, USA, and the locomotive was exported straight to France in 1945 to help with the war effort. Once her use with the French SNCF came to an end many S160s were scrapped though 6046 found her way to Hungary.

The S160s were classified as the MAV 411 Class by the Hungarian State Railways, and 6046 became 411.144. She spent the majority of her working life on industrial lines, before being withdrawn. She was formally preserved in the Hungarian National Collection, however due to an administrative error she was sent for scrap

Fortunately though she saved from the cutters torch after a UK Preservationist learnt of her plight, being purchased by Martin Haines, a pilot, who brought her to the UK with the intention of restoring her. She arrived into the UK complete and was sent to Tyseley where she was positioned around the turntable and restoration began.

Eventually though she was sold to Greg Wilson who moved her kit of parts to the Churnet Valley Railway, who then restarted her restoration in 2006. On 29th June 2012, 6046 was steamed and moved under own power for the first ever time on UK metals. Since then she has proved to be a reliable performer, working at both the CVR and North Yorkshire Moors Railway with a visit to the West Somerset in 2013. Sadly in 2014 whilst on hire to the Nene Valley she suffered a damaged cylinder block, that required a full replacement. Repairs were completed at Tyseley, and the locomotive returned to traffic in February 2016 before a succesful return to service that culminated in her starring at Telford Steam Centre hauling their Polar Express specials.

The S160s were classified as KD6 by the Chinese State Railways, and 5197 became KD6.463. She spent the majority of her working life in the Chinese Coal Industry around Fushun, before being withdrawn in the 1990s. She was saved from scrap by UK preservationist Derek Foster in 1995, who then brought her to the Llangollen Railway in North Wales where she was overhauled and returned to traffic in 1998 in USA Transportation Corps Grey livery.

In 2001, she was put up for sale and was subsequently purchased by Greg Wilson who moved her to the Churnet Valley Railway in Staffordshire. She then successfully operated for 3 years at the CVR, with guest visits to other preserved railways including Peak Rail & the Great Central Railway where she starred in the line’s Wartime Events. This period of operation also saw her painted in an unusual maroon livery for a short while.

During the winter of 2004/05 she visited Ian Riley’s works at the East Lancs Railway to have an intermediate mechanical overhaul including a full set of tyres. When she returned to Cheddleton all of her smoke tubes were replaced, and a standard ‘British’ air brake system was fitted. She re-entered service in June 2005, repainted into USATC Black.

She then operating at the CVR and other preserved lines including Swanage, East Lancs, North Norfolk, Nene Valley, Keighley & Worth Valley, West Somerset and a memorable visit to Merehead Quarry in 2008 for their Open Weekend as part of East Somerset Railway 150 year celebrations.

She was finally withdrawn in December 2009 for a full overhaul, which commenced in the latter half of 2013 and was completed in time for the 2017 Winter Steam Gala where she debuted alongside sister 6046 - becoming the first pair of S160s to run in the UK since 1944.

TKh 2871 was built in 1951, and received an overhaul at ZNTK Olesnica Poland in 1991 but was never returned to service. It was one of the last steam locomotives to be overhauled here as steam locomotive repairs ended there in 1992.

The locomotive was based at the Skawina steelworks, though it only saw use on a very few occasions due to the introduction of diesel locomotives at the steelworks.

TKh 2871 was purchased privately from Poland and went to the Bridgend Valleys Railway in the late 1990's. The locomotive was stored until it was purchased by the owner of TKh 2944 as a source of spare parts. This was then subsequently sold as part of the deal that saw no. 2944 to the Churnet Valley Railway in April 2014, where it is currently stored pending the commencement of its overhaul

8173 was part of the LMS Works Order No. 154, and emerged from the Crewe locomotive works in June 1943. One of a total build of 852 she entered service at Willesden (1A) for the LMS where her main duties were hauling heavy goods work to Toton (Nottingham) with inter- regional transfer freight workings via the West London Line. In February 1948 the loco was reallocated to (Newton Heath (26A) in Manchester before moving South again in December 1949 being transferred to Rugby (2A) where she was to receive her BR number 48173 a few months later. In January 1965, 48173 moved to what was to become her final shed being re-allocated to Mold Junction (6B) in North Wales. This was merely a brief stay of execution sadly, as withdrawal came in July 1965 after only 22 years in service.

48173 was subsequently sold to Woodham Brothers Yard at Barry, South Wales for scrap along with hundreds of other locomotives, with BR’s modernisation plan bringing the steam locomtives rule in the UK to an end.

48173 was lucky however, as Woodham brothers chose to scrap the easier and more lucrative freight wagons first. This gave railway enthusiasts up and down the UK the opportunity to buy and rescue the locomotives at Barry, and 48173 was to be no exception. 23 years after arriving for scrap, she was saved for preservation in December 1987 when she was purchased by the Avon Valley Railway and became the 208th locomotive to be rescued from Barry scrap yard. The loco was moved `to the AVR’s Bitton headquarters in September the following year, 1988.

Sadly though other projects took a president at the AVR and 48173 was offered for sale.

She was sold on to Greg Wilson, a Director of the Churnet Valley Railway in Staffordshire, who moved her to the CVR just in time for Christmas 2007, and she was put on display at Cheddleton Yard at the CVR Steam Gala in February 2008. Soon after this though she was quickly stripped down in readiness for her overhaul to begin. Whilst 6046 and 5197 were overhauled first, was undertaken before the overhaul began in earnest in Spring 2017. 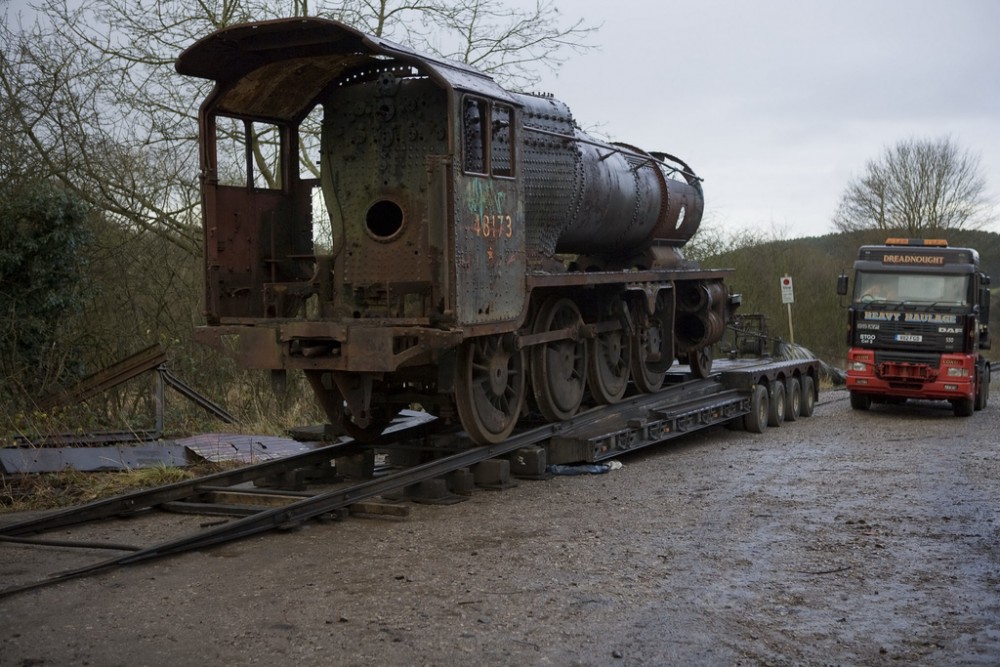 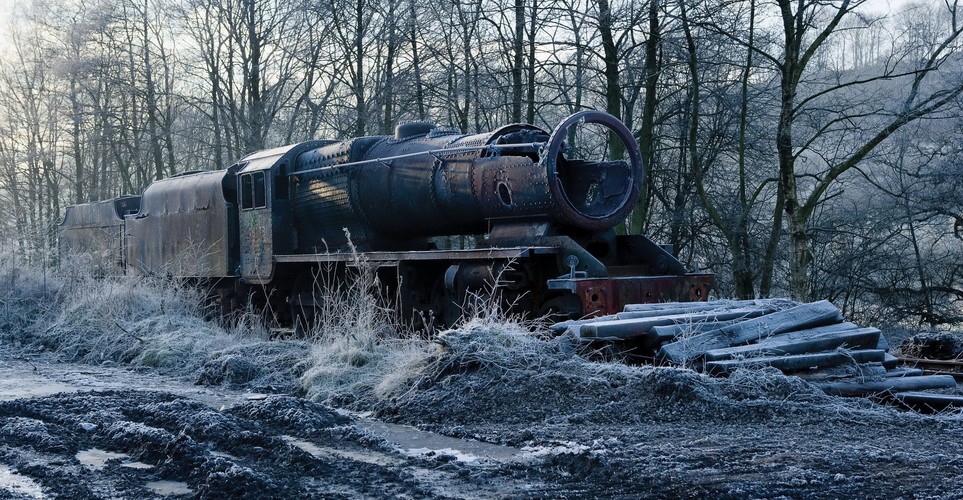 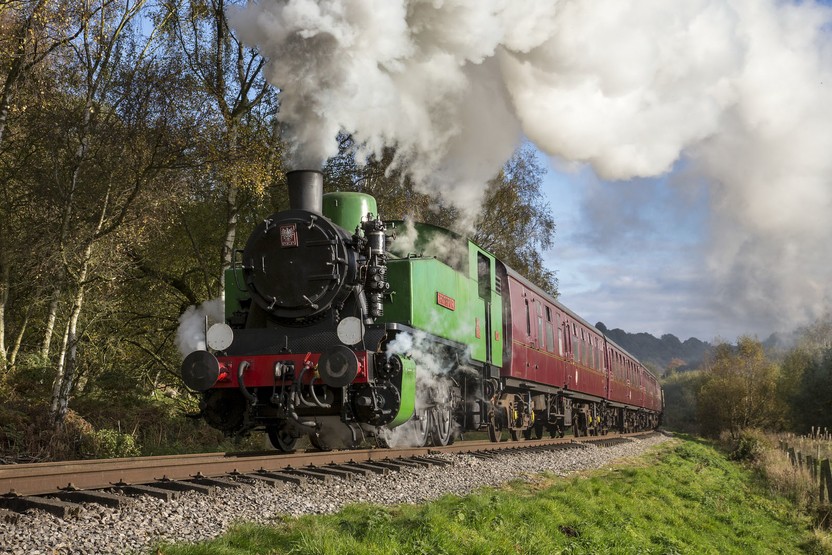 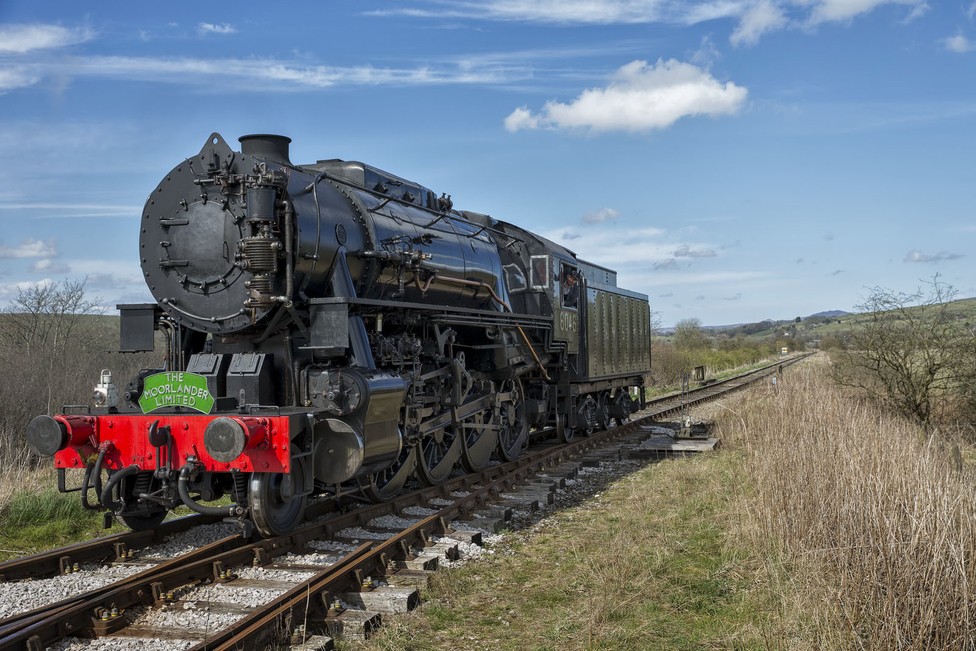 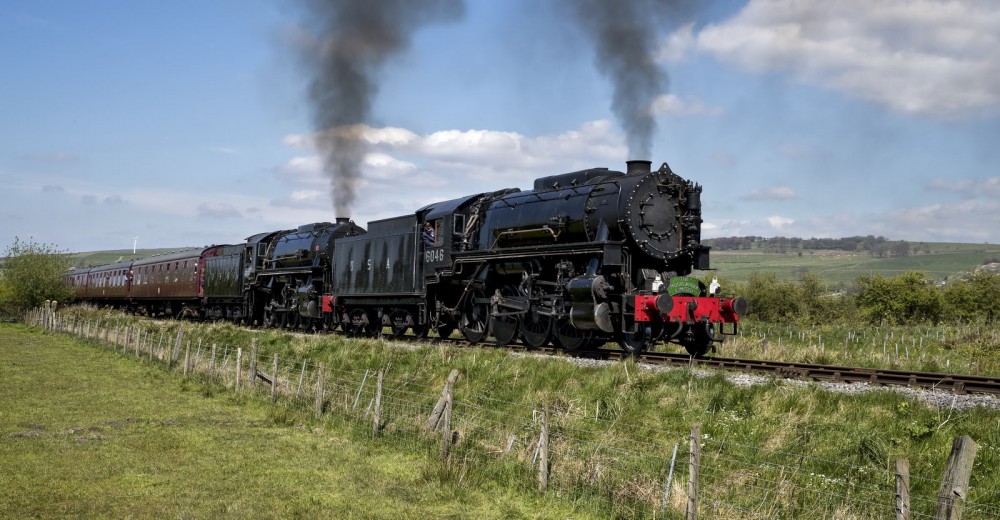 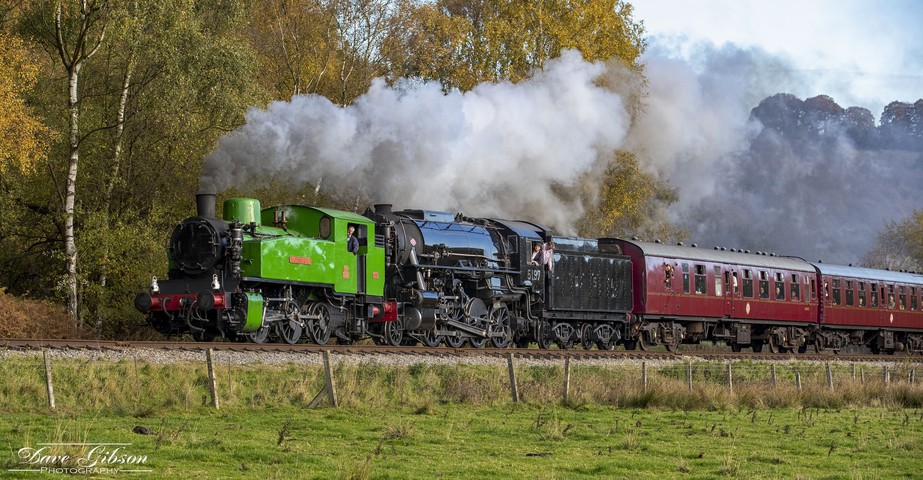